Warning: Creating default object from empty value in /home/jimstant/public_html/fetchmyflyingmonkeys/wp-content/themes/platformpro/admin/class.options.metapanel.php on line 49
 Why I love that man. | Fetch My Flying Monkeys
Everyone needs a fleet of flying monkeys to rip the stuffing out of the annoying people in their lives
— Laura
Bless me Oprah for I have sinned. Guns don’t kill people, spiders with guns in old rusted-out orange Camaros do.

Why I love that man.

So last week my fibromyalgia, or polio, or body rabies, whatever I had, was making me feel like shit so like I always do in time of great physical pain, I searched my medicine cabinets and the bottom of my purses for some old expired meds I could take because going to the doctor is for pussies. I found something that I thought then was pain medication, but now that I think about it some more, could have been a fiber pill. I took it and lay on the couch with a gin and tonic I made in a Big Gulp mug I picked up at a gas station a few years back because nothing kicks up the effect of expired medication like gin. This is Expired Medication Science, otherwise known as Pill Roulette.

Anyway, I was lying on the couch, sipping my gin and tonic through one of those huge accordion like straws that’s attached to the massive plastic mug, feeling all sorry for myself because I was probably dying from some godawful disease AND NO ONE CARED. I started flipping through the 400 plus channels I have and every program sucked so I just left it on an old movie station. A few minutes later the movie “Beaches” started and I thought “Wow, I haven’t seen this in years” so I got as comfortable as I could for a victim of fibromyalgia/polio/rabies and sipped my gin and tonic.

Before you knew it Hillary and CC were at the beach and Hillary was all weak and pale and dying and I was all “OH MY GOD THAT’S ME, MINUS THE BEST FRIEND!” and just then my phone rang. I picked it up just as I started to cry and J was all “What’s wrong Laura?” and I blubbered “Beaches. Dying. I don’t have any friends here. They’re all gone. You live hours away.” He tried to comfort me best he could, but then I think the fiber pill kicked in and I had to go to the bathroom so I told him I’d call him later. Then I made a grilled cheese sandwich and watched some reruns of The Big Bang Theory, forgetting all about calling him back.

The next day there was a knock on my door. I peeked out the blinds and saw a FedEx truck. “Wee! A package!” I thought. I ran and opened the door, signed a receipt, and grabbed my package. I placed it on the table, and ripped it open and saw a folded piece of paper. I opened the paper and it said “Here’s a friend for you. Love, J.” Beneath the note was this: 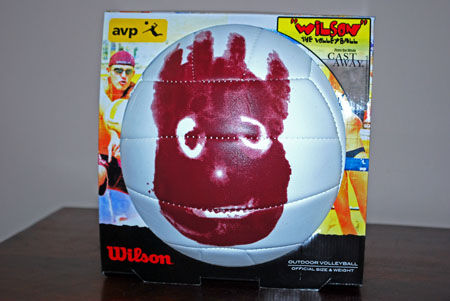 The new wind beneath my wings. 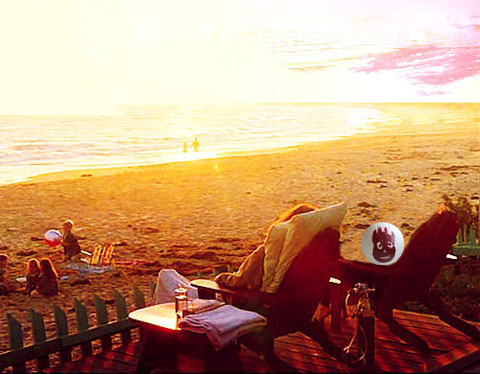 57 Responses to Why I love that man.