Warning: Creating default object from empty value in /home/jimstant/public_html/fetchmyflyingmonkeys/wp-content/themes/platformpro/admin/class.options.metapanel.php on line 49
 In honor of Talk Like a Pirate Day- Arrr, it’s only Wednesday and I think I have scurvy. | Fetch My Flying Monkeys
Everyone needs a fleet of flying monkeys to rip the stuffing out of the annoying people in their lives
— Laura
And thou shall drinketh thy gin and eateth thy Circus Peanuts, so sayeth I. I’m going to start a new series on here called “Pet Secrets.” It will be just like Post Secrets, except these won’t be made up.

In honor of Talk Like a Pirate Day- Arrr, it’s only Wednesday and I think I have scurvy.

I had a telephone conference with my broker yesterday because apparently my empire has grown so huge they needed to know what direction to take with the shitload of money I have (READ: they were worried I was homeless by now). We discussed where my money would be shifted around after I told him I wanted to retire “yesterday.” Near the end of the conversation he said “Do you have any other plans on how you can do an early retirement?” I told him I was actively seeking fame and fortune in hand modeling by posting shitty phone pics of my hands on the Internet, and that I not only buy a lottery ticket every week, but also a scratch-off. There was an awkward silence on the line as he waited to see if I’d start laughing or make some indication that I was joking. I didn’t, I just sat there. Then, breaking the silence, I said “Jeff, was there anything else you needed? I have scratch-offs to scratch and those shitty phone pics aren’t going to take themselves.”

Now here’s a shitty phone pic of my hand-modeling hands, because I don’t give up on my dreams, just saving money. 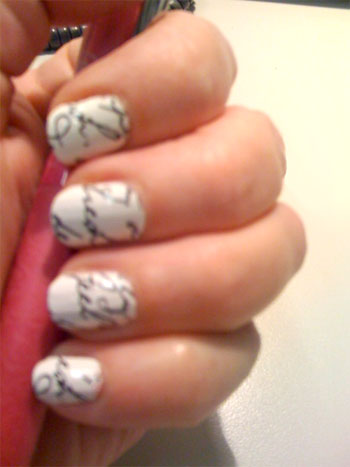 45 Responses to In honor of Talk Like a Pirate Day- Arrr, it’s only Wednesday and I think I have scurvy.