Warning: Creating default object from empty value in /home/jimstant/public_html/fetchmyflyingmonkeys/wp-content/themes/platformpro/admin/class.options.metapanel.php on line 49
 It’s Friday and here’s a Friday list that I purposely shortened because in reality it was entirely too long. | Fetch My Flying Monkeys
Everyone needs a fleet of flying monkeys to rip the stuffing out of the annoying people in their lives
— Laura
Rage Rabies Remission. Every super hero has a nemesis and I’m no different. Now all I need is a really cool outfit that doesn’t make my ass look big, oh, and a super power and I’m set. And, oh yeah, a cool theme song.

It’s Friday and here’s a Friday list that I purposely shortened because in reality it was entirely too long.

I generally throw up a list on Friday. Usually by Friday a lot of people lose interest in reading blogs because they’re too busy planning their weekend of binge drinking and sordid scandalous activities, what some like to call “Family Time.” Then by Monday, after they sober up, bury the dead hooker that was in their trunk, and stood in line at the Free Clinic, it’s back to reading blogs again. Or maybe that’s just me.

I’m thinking about making a series every week called “Things I Did This Week That Probably Guarantees I’m Going To Hell” but I’m pretty sure it will go the same way all my series go, which means I may do it one or two weeks and then I just stop because I have the attention span of a brain damaged lab monkey. I try to dedicate myself to a project…oh, look over there, something shiny….. 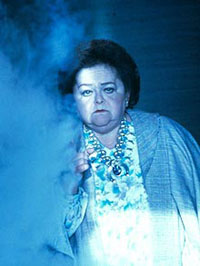 I turned to my friend who I noticed was looking down also and whispered hoarsely ”This house is clean.” We then had to put our things down and leave so we could laugh.

46 Responses to It’s Friday and here’s a Friday list that I purposely shortened because in reality it was entirely too long.