Warning: Creating default object from empty value in /home/jimstant/public_html/fetchmyflyingmonkeys/wp-content/themes/platformpro/admin/class.options.metapanel.php on line 49
 Post Christmas Hydrophobia | Fetch My Flying Monkeys
Everyone needs a fleet of flying monkeys to rip the stuffing out of the annoying people in their lives
— Laura
Merry Christmas to all you sonsabitches! Why there are not only no atheists in foxholes, but none on ski slopes either and why I will never buy a 4- wheel drive with ski racks on the roof. 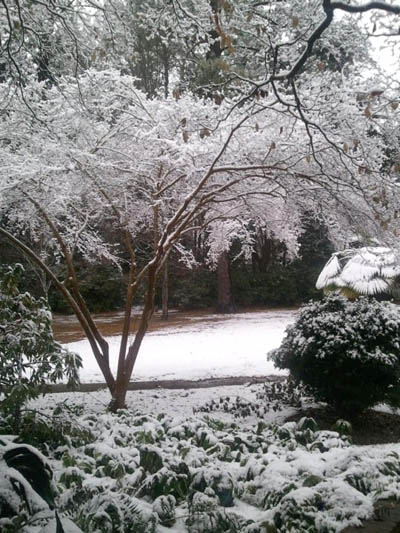 I got everything I wanted for Christmas excluding a goat. The one thing I did get which wasn’t on my list is intestinal rabies. South Carolina got snow Christmas night. There’s a picture above I took with my phone out of the door as proof. That’s as far away from the bathroom I could risk going. If I was Old Yeller, I would have been locked in the shed by then. I have to conquer my rabies by Thursday because I leave for Savannah Georgia where I will dine at Paula Deen’s buttery restaurant. I’m assuming it’s decorated with butter fountains everywhere with maybe hams and pans of cornbread hanging from the ceiling. I promise to take pictures for you all. I’m going with the same two crazy chicks I went to the Outer Banks with and each are ten pounds of crazy in five pound bags and seriously, when I travel with them my sides hurt from laughing so much. They were the ones who bet I couldn’t get reservations at Paula’s last week and just to prove how awesome I am, I did. Never doubt my awesomeness, even when my body is racked with rabies.

Now here’s a picture of Jack enjoying a Christmas present given to him by a friend: 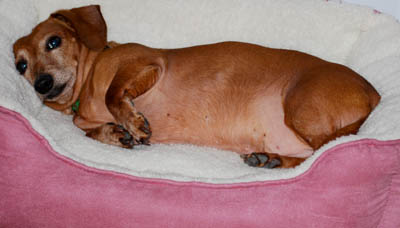 And here’s a picture taken ten minutes later after Thelma stole it: 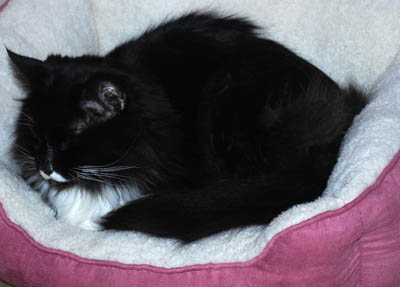