Warning: Creating default object from empty value in /home/jimstant/public_html/fetchmyflyingmonkeys/wp-content/themes/platformpro/admin/class.options.metapanel.php on line 49
 Tuesday was my Monday and now Friday is going to be my Thursday so here’s a Random Crap List because now things are just chaos and my head hurts. | Fetch My Flying Monkeys
Everyone needs a fleet of flying monkeys to rip the stuffing out of the annoying people in their lives
— Laura
Dating a serial killer would be good if you were suicidal because not only could you easily find them on Craigslist, but they would make very supportive partners. Get Well Soon (so you can google your ass…literally)

Tuesday was my Monday and now Friday is going to be my Thursday so here’s a Random Crap List because now things are just chaos and my head hurts.

1. Mr. Bingley at The Coalition Of The Swilling made me another pie! This time he chopped up the Circus Peanuts and added bacon! Yes, you read that right. Bacon. I think it should be called Clown Pig Pie. He’s always cooking or stirring up trouble over there. 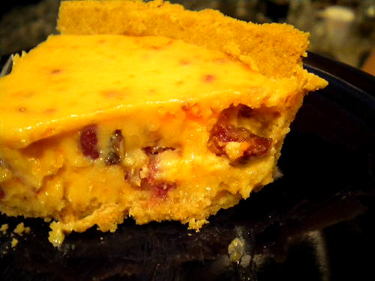 2. Jan Bussey at Cascade Exposures went to the Fair and took pictures of goats. She’s been posting them all week, gloating about her goats. She also gloats about the wonderful area of the country she lives, the Pacific Northwest, where things are green and the temps are normal. Go check out her beautiful photos. 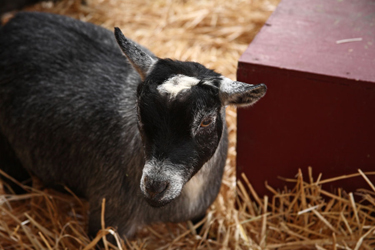 3. Speaking of the Pacific Northwest, my friend Nick from Nick De Caro Photography takes photos and also builds stuff. He built a deck with a koi pond onto his house. He has goldfish in his. I’d have piranha. Go look at his fantastic deck AND his chickens!

4. Now I’d like to recommend a frozen soup. It’s made by the guy Seinfeld made famous in the episode “Soup Nazi.” Seriously, I’m not a big soup fan, but this stuff is absolutely delicious. If you’re not in NYC and see it in your store, get it. You won’t be sorry. 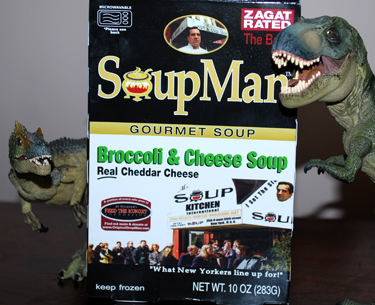 5. Q: How many people do you know gets flowers delivered to their work just because they’re not a serial killer?
A: One. 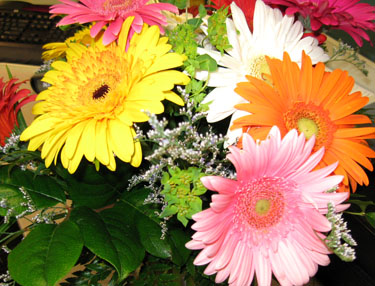 33 Responses to Tuesday was my Monday and now Friday is going to be my Thursday so here’s a Random Crap List because now things are just chaos and my head hurts.