Warning: Creating default object from empty value in /home/jimstant/public_html/fetchmyflyingmonkeys/wp-content/themes/platformpro/admin/class.options.metapanel.php on line 49
 Dating a serial killer would be good if you were suicidal because not only could you easily find them on Craigslist, but they would make very supportive partners. | Fetch My Flying Monkeys
Everyone needs a fleet of flying monkeys to rip the stuffing out of the annoying people in their lives
— Laura
I know most of you have been enjoying autumn-like weather, and as I wipe the sweat from my brow all I can say is, “Shut the hell up about your autumn-like weather.” Gah. Tuesday was my Monday and now Friday is going to be my Thursday so here’s a Random Crap List because now things are just chaos and my head hurts.

Dating a serial killer would be good if you were suicidal because not only could you easily find them on Craigslist, but they would make very supportive partners. 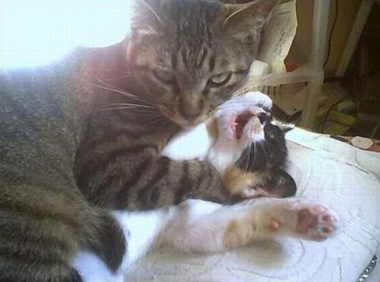 I would make a horrible serial killer. Seriously. I totally lack the drive and energy to be an effective serial killer. Sure there’s that whole “thou shall not kill” and “eternal damnation of your soul” and just being “wrong” thingy too I guess, but really, it’s the whole thought of having to plan and execute a serial kill that just makes me want to take a nap.

When I was a little kid I used to plan ways to kill my brothers. No shit. My brothers were mean little assholes. I’d watch tv to get ideas. I was watching Tarzan one day and I saw where they dug a pit and put sharp spears in the bottom, then covered it with brush then BOOM, some bad dude fell in it and didn’t come back back out. I took a serving spoon out of the kitchen drawer and started digging a hole out in the yard and placed some kabob sticks in the bottom. I covered it with grass trimmings then called my older brother out of the house. While standing on the other side of “The Pit of Death” I called him a poopie-headed booger muncher and challenged him to a fight. He walked over and clobbered me, then went back in the house while I stood there crying looking down at the shallow hole and toppled kabob sticks, vowing revenge that would never come. “The Pit of Death” didn’t work because I lacked the drive and energy to dig a deeper hole. Plain and simple.

Now let’s say I wasn’t physically lazy and I were a serial killer. I think my weapon of choice would be a knife. Big surprise, eh? Me of ‘The Stab List.’ But then I think what if I did decide to be a stabbing serial killer and I always stabbed people 25 times because I wanted the press and the police to call me “The 25 Killer” or some other cool serial killer nickname, but I accidentally stabbed someone in the same place twice, and so when they counted they only counted 24 stabs so I don’t get the credit, and then I would just look like an idiot. That would piss me off, and I don’t need that kind of hassle. Hassles are emotionally exhausting.

In conclusion, I think it’s safe to say that my laziness and total disregard to details has actually saved hundreds, nay, thousands of people. So I’m a fucking hero, ya’ll.

35 Responses to Dating a serial killer would be good if you were suicidal because not only could you easily find them on Craigslist, but they would make very supportive partners.