Warning: Creating default object from empty value in /home/jimstant/public_html/fetchmyflyingmonkeys/wp-content/themes/platformpro/admin/class.options.metapanel.php on line 49
 Why do bad things keep happening to good people? And by bad things, I mean huge, hideous bugs. And by good people, I mean me. | Fetch My Flying Monkeys
Everyone needs a fleet of flying monkeys to rip the stuffing out of the annoying people in their lives
— Laura
Things I Pulled Out of My Pool’s Skimmer Filter: Part 1 Wassup.

Why do bad things keep happening to good people? And by bad things, I mean huge, hideous bugs. And by good people, I mean me.

This morning I heard a splash like a plane had crash-landed in my pool. I ran outside to see if there were any survivors and saw what appeared to be a large bird, perhaps an eagle, struggling in the water. I grabbed the skimmer pool/net thingy and fished it out. As I heaved it out of the water and onto the side I gasped in horror and vomited right there. Well, okay, I didn’t really vomit, I just gagged a little, well okay, a lot. Anyway, then I went and got a tape measure and camera because I like to document my hell for y’all. 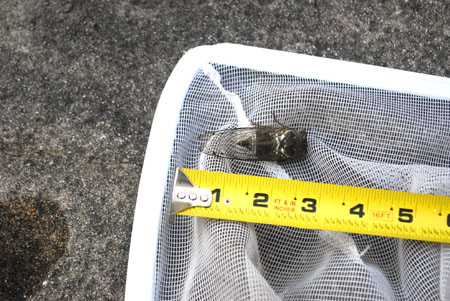 That. That motherfucker could star in a horror film. I didn’t know whether to kill it or become it’s agent. Instead I dumped it over the fence into my neighbor’s yard. I hope it doesn’t murder them because I’m pretty certain that would make me an accessory and I’m way too pretty for prison. And that would be my defense too. “Not guilty by way of being too pretty for prison, Your Honor.”  Shit, I’m doomed because 1) I think I’m the only one who thinks I’m too pretty for prison, and 2) I just know I’d get a shitty public defender lawyer because I’ve spent all my money on exterminators since moving here. Fuck. I’m going to have to cop an insanity plea. Easy enough, I can just direct my court-appointed psychiatric evaluator to this blog. I knew it’d come in handy one day.

69 Responses to Why do bad things keep happening to good people? And by bad things, I mean huge, hideous bugs. And by good people, I mean me.