Warning: Creating default object from empty value in /home/jimstant/public_html/fetchmyflyingmonkeys/wp-content/themes/platformpro/admin/class.options.metapanel.php on line 49
 My pets are weird. | Fetch My Flying Monkeys
Everyone needs a fleet of flying monkeys to rip the stuffing out of the annoying people in their lives
— Laura
Sundays are for pissing off Food Pic Haters and nursing a third-degree sunburn. Let’s see what magical adventure the weekend brought me…

My pets are weird. 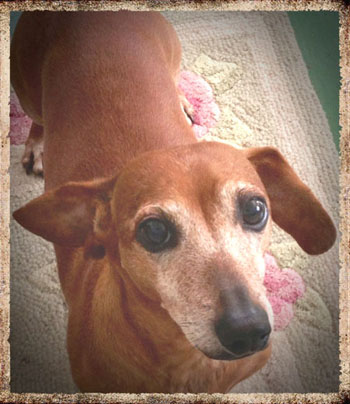 My crazy fool dog Jack and I were over at J’s one day last week and I had to go somewhere, I forget where. Since it was 10,000 degrees outside I didn’t want to take Jack with me knowing he’d have to sit in the car and bake like a tater so I asked J to watch him while I did whatever I was going to do. J looked at me and rolled his eyes and said “If I have to” and sighed an exasperated sigh like a teenager who had just been told to wash the dishes. I refrained from smacking him upside his head and was all “Dude, I’ll be twenty minutes at the most, just take him outside and tell him to pee, ’cause I think he needs to. And keep an eye on him so he doesn’t get into trouble.” (Side note fact here: Jack will make trouble if he can’t find any.) I let Jack out and J followed behind him, looking all defeated. I yelled out “Don’t leave him out there alone!” and left.

When I returned, Jack ran up to me in the house, all happy, wagging his tail and before I could set my purse down J said “Tell her what you did, TURDLEY.” all tattletale-like. I blinked “What? Who?” and then J proceeded to tell me that after I left, Jack spent his time trying to get back into the house to find me, whining and whimpering, all separation anxiety-ridden. J said he kept telling Jack to “go pee” and tried walking him off the patio into the yard. Jack would have nothing to do with that and stayed by the door. Jack then turned and while staring straight at J took a shit right there on his patio. At the door. J exclaimed “He just looked at me and let it drop! Plop. Plop. Like ‘I can do what I want where I want, asshole! See?’ It was unbelievable!”

So anyway, now J is calling him Turdley McTurdDropper and you know what the really strange part is?  Jack responds to the name better than his own.

43 Responses to My pets are weird.