Warning: Creating default object from empty value in /home/jimstant/public_html/fetchmyflyingmonkeys/wp-content/themes/platformpro/admin/class.options.metapanel.php on line 49
 God hates barbecues. And of course, hobos. | Fetch My Flying Monkeys
Everyone needs a fleet of flying monkeys to rip the stuffing out of the annoying people in their lives
— Laura
J has always been the voice of reason in this relationship and that has always pissed me off to no end. Haute Coiffure.

Sunday I went to the Walmart here because I needed to pick up cleaning supplies for the house. Now, I LOATHE Walmart with the white-hot passion of a thousand burning suns, and not because they’re so huge you feel like you need to pack an energy bar with you just to shop, or because of the hordes of smelly, raggedy-ass people who shop there, but mostly because they mistreat their employees, crush local, small businesses, and sell mostly Chinese-made products. I haven’t bought anything from them in many years but unfortunately, where I now live it is the only kind of  “one stop shop” type of place since the nearest Target is over an hour and a half away. I quickly discovered my laziness overrode any ethics I may have, which, really, came as no surprise to me. Anyway, I ate a power breakfast, walked in, and started looking around. While putting the stuff on my list in my cart I found some pretty cheap shorts that weren’t made in China, then wandered over to the garden center and decided right then and there that I needed, nay, had to have a charcoal grill. You know, for those times a gas grill just won’t do, when you need your meat loaded with that tasty, tasty carcinogenic charcoal smoke. So I chose this one: 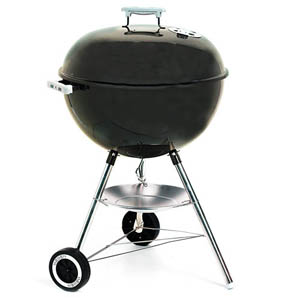 I heaved the huge box into my cart, got a huge bag of charcoal, a bottle of charcoal lighter fluid, and one of those long Bic lighter thingies. Man, I could almost taste those delicious burgers I was going to make that night. I hurried to the nearest check-out,  which by “nearest” I mean the one on the other side of the store, the only one in twenty that was open. I started lifting the items out of my cart onto the moving belt thingie, the grill being one of the first things, when I heard the cashier say something. “Pardon?” I asked. She was standing there looking absolutely disgusted at my grill and said “You can’t get this. It’s Sunday, the Lord’s day of rest.” I just looked at her. Then she said “Blue Laws.” Oh yeah, I kind of remember those. We had them in Columbia years ago. Sort of. You just couldn’t buy booze on Sunday. I remember because I always made sure I had enough gin in the house every Saturday.

Before I could even say anything she had confiscated my grill and placed it on the floor beside her and proceeded to scan my charcoal, lighter fluid and other things. I said “So God won’t let me have my grill, but He’ll let me have the charcoal and lighter?” She gave me a blank look and said “Yeah.” What a cruel joke, Lord. She continued scanning the cleaning supplies and some shorts I bought. ”Okay, now let me get this straight, God says I can’t grill on the Lord’s Day, but it’s okay to clean?” “Yeah.” she replied. What a jokester that guy! I remained speechless as I paid for my things and left.

So what I learned that day was God hates barbecues, He doesn’t consider cleaning the house as “work”, and He’ll let you have bike shorts even though with an ass like mine it’s quite possibly a sin against humanity to go out in public in them. But to be fair, I will be wearing them while riding my bike doing the Lord’s work. You know, shooting hobos. 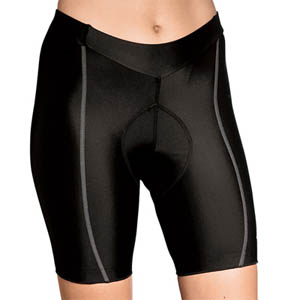 95 Responses to God hates barbecues. And of course, hobos.