Warning: Creating default object from empty value in /home/jimstant/public_html/fetchmyflyingmonkeys/wp-content/themes/platformpro/admin/class.options.metapanel.php on line 49
 This is just like a National Geographic documentary of my life this week minus any adventure, intrigue, and naked flat-as-a-pancake boobied natives with plates in their lips. Other than that, it’s just like one. | Fetch My Flying Monkeys
Everyone needs a fleet of flying monkeys to rip the stuffing out of the annoying people in their lives
— Laura
This is just how Republican he is. I’m excited about Memorial Day.

This is just like a National Geographic documentary of my life this week minus any adventure, intrigue, and naked flat-as-a-pancake boobied natives with plates in their lips. Other than that, it’s just like one.

It’s strawberry season here so I made a strawberry pie. Actually, I just cut up some strawberries and mixed ‘em with some store-bought strawberry glaze and then poured ‘em in a store-bought shortcake pie crust. For topping I have store-bought whipped cream. This is a family recipe that has been handed down from generation to generation in my family. You’re welcome. I also have a fried bologna sandwich recipe if y’all want it. I keep that one in a safety deposit box at the bank. 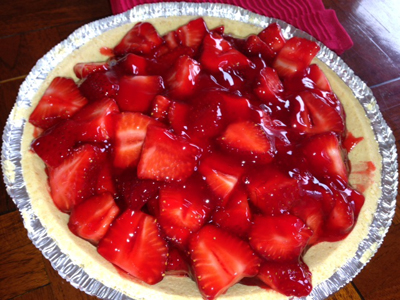 One of my palm trees had a pod thingie growing out of it and I waited in anticipation, thinking a beautiful huge flower was about to erupt. I was sorely disappointed. 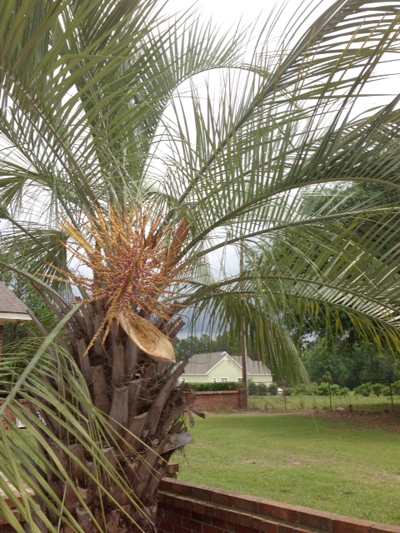 What the fuck, palm tree? Talk about anticlimactic.

Almost everything I own is in storage, but I did get a new glider office chair. It’s so comfy sometimes I fall asleep at m…. zzzzzzzzz. 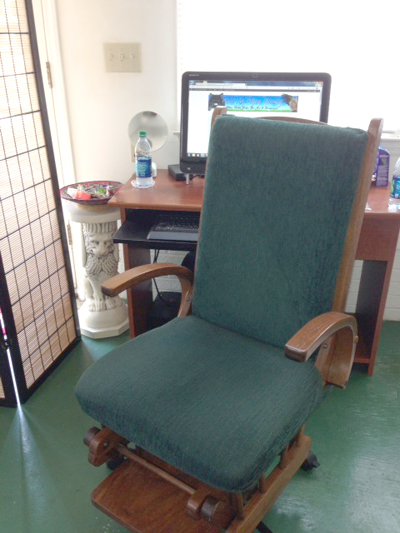 I would marry this chair if I could.

And here’s a picture of it and a tiny corner of my “studio.” 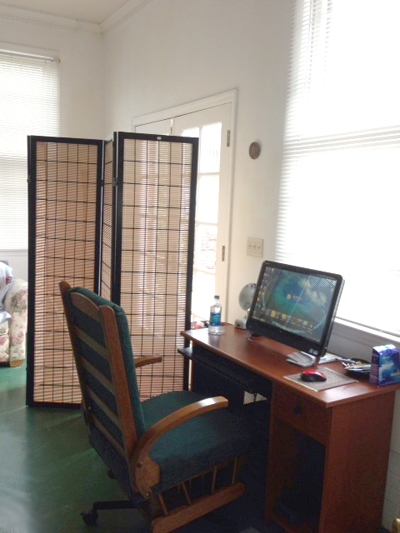 This is where the "magic" happens. As you can see, I can't even be bothered to clean off my desk for a photo. And no, that is not an ashtray. I don't smoke. It is a glass thingie that holds pens and pencils and my toenail clippers. Doesn't everyone clip their toenails while they blog?

I technically do not have a kitchen right now. There is a huge second room and I am using a huge bar which has a bar sink in it. The bar and sink will eventually be ripped out and given to my good friend who called dibs on it over a year ago. Anyway, I have been using a Breville Toaster Oven and a Duxtop Induction hot plate to cook with and I love them. I’m pretty sure I will be getting an induction range for my new kitchen once it’s done. 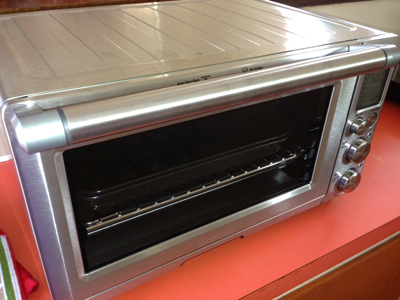 Yeah, orange counters on the bar. Told you it was a 70's house. You should have seen the groovy shag carpet that we ripped out of here. 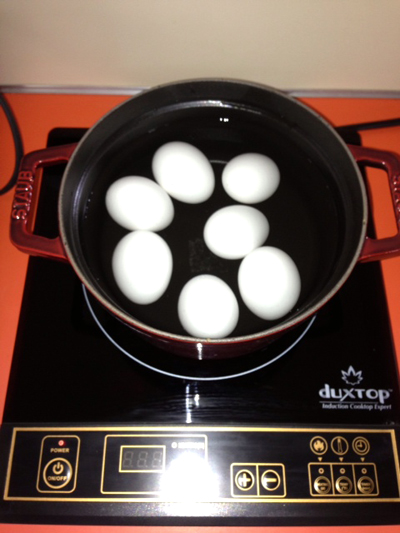 I needed somewhere to hang some shit so I bought a cute coat rack thingie for the back of one of the doors. I figured I could put it up myself since it was just a matter of two screws. Four hours later, after a lot of cussing, a broken nail, and a small gouge in one hand from the screwdriver, I had to get the soffit fascia guy off his ladder outside to come in and repair what I did and put it up right. 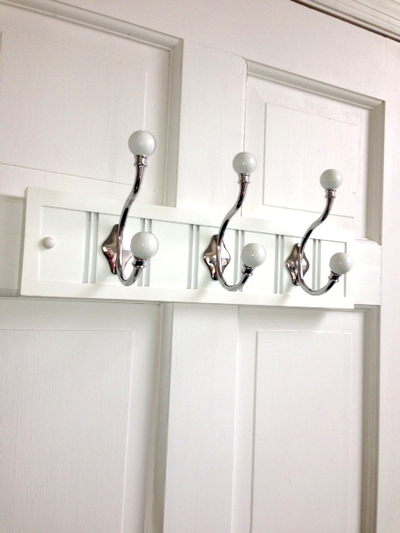 Carpentry is hard, y'all.

Hmmm. Now to end this all National Geographic-y like I promised, here’s a picture of a frog by my cement pond. 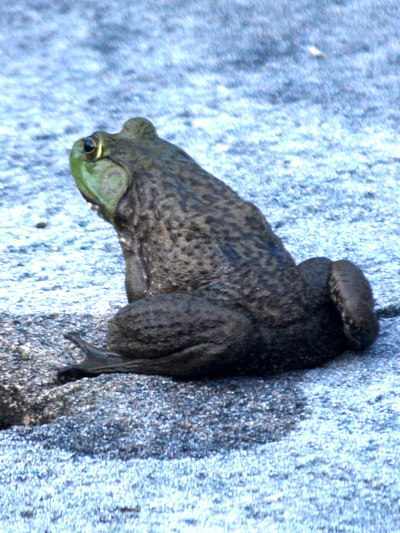 I get serenaded by these sonsabitches almost every night. I love it.

48 Responses to This is just like a National Geographic documentary of my life this week minus any adventure, intrigue, and naked flat-as-a-pancake boobied natives with plates in their lips. Other than that, it’s just like one.