Warning: Creating default object from empty value in /home/jimstant/public_html/fetchmyflyingmonkeys/wp-content/themes/platformpro/admin/class.options.metapanel.php on line 49
 My teen years wouldn’t have been filled with so much angst if I could have gotten more hair and nail clippings. | Fetch My Flying Monkeys
Everyone needs a fleet of flying monkeys to rip the stuffing out of the annoying people in their lives
— Laura
Ugh. It’s only Wednesday. Thelma had to go back to the veterinarian Friday for a routine test. This is her story-

My teen years wouldn’t have been filled with so much angst if I could have gotten more hair and nail clippings.

The other day I was over at Aggie Sprite’s Sithy Things and Aggie wrote about doing some back-to-school shopping with her kids. One of her kids wanted stuff to decorate their locker and Aggie had this pic up: 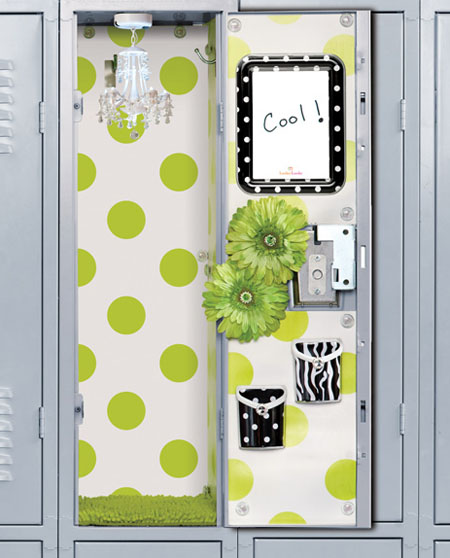 This locker is more stylish than my house.

Aggie refers to back-to-school shopping as “The Endtimes” and reading this and seeing the locker brought back a school locker memory of my own.

I was a freshman in high school and I was madly in love with a senior basketball star named Mike Flora. Mike barely knew I was alive, and to be honest, I’m pretty sure he thought I was Special Ed because every time I passed him in the halls, and I would make certain I’d pass him quit often, (we’re talking Stalker Level III here people!) I would make dreamy doe eyes at him which probably looked more like I had some kind neurological disorder.

Anyway, we lived in a small town that loved their basketball and with Mike being a basketball star, his and the rest of the team’s photos were in the local newspaper quite frequently. I cut photos with Mike in them out and wallpapered my locker. Of course, I left some of the other players in the picture too because I didn’t want it to be so obvious that it was an Altar of Love and have my insanity made public. So I decorated my locker with pictures of Mike, and some other face-less dudes in shorts, and I secretly swore I’d love him until the end of time.

The end of time came mid-semester when I “by chance” showed up in his study hall and saw him making out with the freshman WHORE Judy Randall. I was crushed. I tore down all the photos in my locker, but kept them so I could use them in either a voodoo revenge DIE, MOTHERFUCKER! ritual or an attraction YOU WILL LOVE ME AND NOT EVEN KNOW WHY! ritual. Delivering justice to the WHORE Judy Randall was much easier to decide. Judy the WHORE suffered a sprained ankle injury during a basketball game in freshman PE class when I volunteered to guard her. BAM! “Oh, I didn’t see you or your WHORE foot there when I was running full speed for that ball. Umm, sorry?”

Years later I went out with Mike Flora, but by then I just wasn’t feeling it. But that’s not even relevant to this story. What is relevant is that I learned two of life’s most important lessons that semester of my freshman year, things that I had forgotten until now. One is never lust after someone in silence- use voodoo straight off, and the other is WHORES have weak ankles.

P.S. Now that these memories have all come flooding back, I have a feeling there’s gonna be a rash of bitches on crutches all up in my world.

57 Responses to My teen years wouldn’t have been filled with so much angst if I could have gotten more hair and nail clippings.