Warning: Creating default object from empty value in /home/jimstant/public_html/fetchmyflyingmonkeys/wp-content/themes/platformpro/admin/class.options.metapanel.php on line 49
 Jessie and Agatha | Fetch My Flying Monkeys
Everyone needs a fleet of flying monkeys to rip the stuffing out of the annoying people in their lives
— Laura
One of life’s lessons Going green 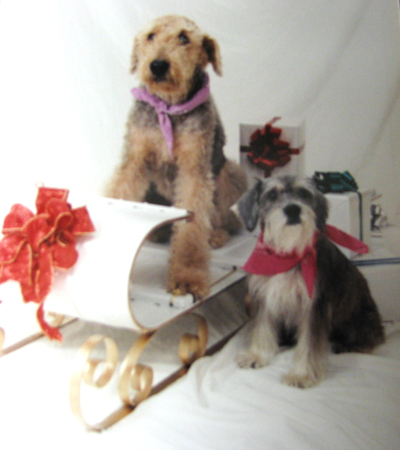 Because I don’t own a scanner, here are pictures of pictures of two of the best dogs EVER. I couldn’t have loved them more if I had squeezed them out of my own birth canal. The little Schnauzer mix’s name was Jessie and the Airedale’s name was Agatha. I was working for a veterinarian as a vet tech when I adopted them. They had both been abandoned as sick puppies there. They went almost everywhere I went and were very social and highly intelligent. They were my best friends.

At 15 years of age Jessie was diagnosed with cancer. It was untreatable and when it became obvious that she was in pain, I did one of the hardest and most unselfish things I ever had to do. Having worked as a vet tech I saw it all the time. People would hang on too long, not wanting to let go. I didn’t want to do that. She deserved better. She deserved the best. I held her as the veterinarian gave her the injection and as I felt her little body going limp, I swear to God my fucking heart broke. Three months later I had to repeat the same with Agatha.

There’s not a day that goes by that I don’t miss them. 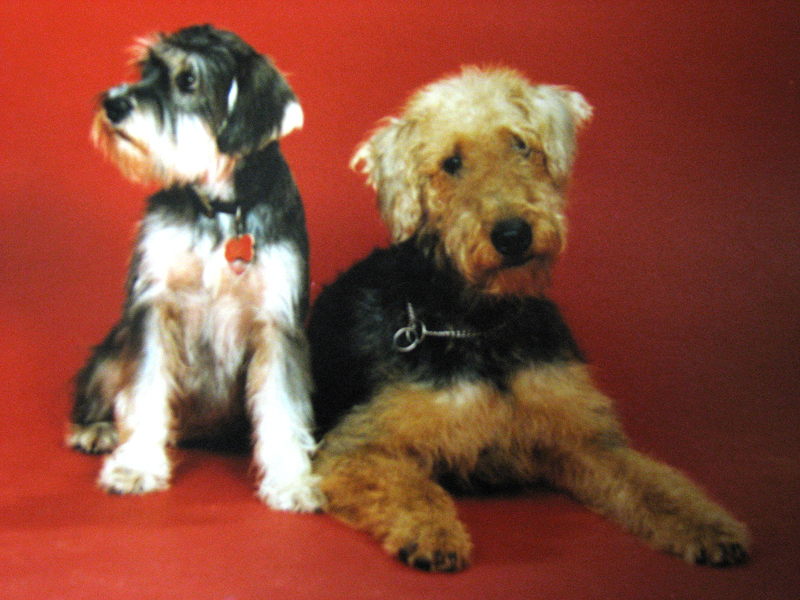 4 Responses to Jessie and Agatha