Warning: Creating default object from empty value in /home/jimstant/public_html/fetchmyflyingmonkeys/wp-content/themes/platformpro/admin/class.options.metapanel.php on line 49
 Scurvy Party 2008 | Fetch My Flying Monkeys
Everyone needs a fleet of flying monkeys to rip the stuffing out of the annoying people in their lives
— Laura
Admitting you have a problem is the first step One of life’s lessons

A while back I wrote about the Miracle Fruit from Africa. I know you don’t remember this because no one pays any attention to me. It’s a berry that you eat and it turns all sour foods into sweet. J ordered a couple of plants months ago and being the guy who has the nurturing instinct of, well, a GUY, one died almost immediately and the other is on life support. So we ordered the Miracle Fruit Tablets from ThinkGeek and decided to go ahead and have a Scurvy Party before we got too old and still had our own teeth. Yes, this is a dig on J’s agricultural skills. 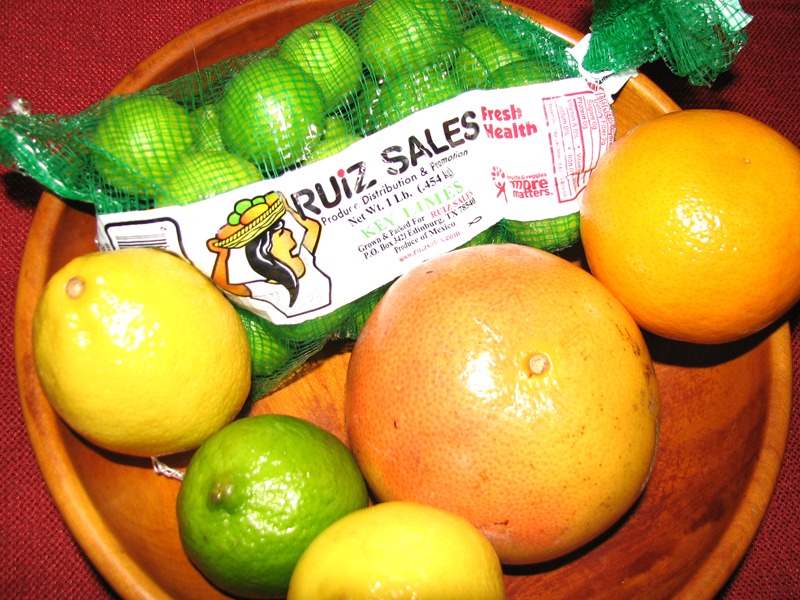 Then we took one Miracle Fruit tablet and let it desolve completely on our tongues.

Then we tore into the fruit like runaway slaves on a pirate ship. I first bit into a lemon and found it to be one of the most sickeningly sweet things I have ever tasted. It was so shocking at first that I instantly didn’t like it. J thought the lemon was sweet but not too sweet and was just moderately impressed. Next were the key limes. I again thought it was sickeningly sweet. J thought it was tasty. Same with the regular limes.

Then we tried the grapefruit.

Oh. My. God. We both thought the grapefruit was the nectar of the Gods. It was sweet without being overpowering. Like the best grapefruit you have ever eaten in your life. Hell, I’m even thinking about going on a grapefruit diet on these tablets. Words cannot describe completely how good that grapefruit was.

Next was the orange. It was delicious. It wasn’t exactly on the nectar of the Gods level, but more like turning a winter orange into a scrumptious in-season off-the-tree orange. 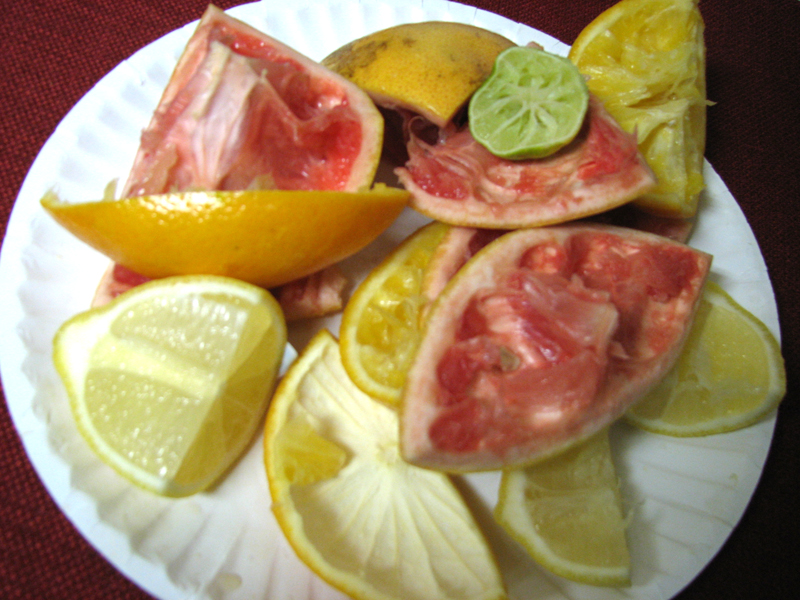 So all in all we recommend these tablets. I know I’ll use them again, especially for eating grapefruit. Next time I want to eat some strawberries you find in the grocery stores in the winter. It really is amazing how sweet stuff tastes. The effects wore off in less than an hour. And there were no side-effects after I got my vision back unless you count the complete numbness I still have on my left side. But I think that was caused by the key limes. Well, at least I wont get scurvy.

NOTE: There were no side effects. I sometimes take creative license with my blog. That’s fancy lawyer talk for lying like a dog without legal consequences.

One Response to Scurvy Party 2008