Warning: Creating default object from empty value in /home/jimstant/public_html/fetchmyflyingmonkeys/wp-content/themes/platformpro/admin/class.options.metapanel.php on line 49
 Hydrophobia can be your friend | Fetch My Flying Monkeys
Everyone needs a fleet of flying monkeys to rip the stuffing out of the annoying people in their lives
— Laura
PETA would be pissed Sweet seven pound eight ounce baby Jesus

Hydrophobia can be your friend 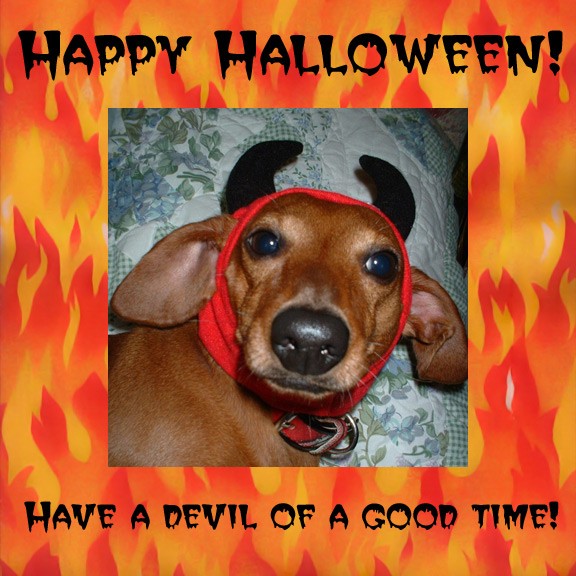 That’s an old pic of my dog in one of his first Halloween costumes. I believe in recycling.

There really isn’t too much new to report here. I have been busy, which is, of course, code for lazy, and haven’t been blogging as much as I should. Again, I try to add links and photos regularly, so if you’re one of the three that visit my site, you can check those out.

The only thing that happened today was a sighting of wildlife right outside the window at work. I took a picture. It’s pretty crappy because I took it through a double-paned window. It’s a gray fox. What makes it cool is that it’s right in the middle of downtown. All the coworkers seemed pretty excited to see it. They were all oohing and ahhing. I didn’t have the heart to tell them that odds were it had rabies because foxes are basically nocturnal. I did suggest to some of them though to go out and pet it. No one took my suggestion though. I think they’re on to me.

Well, that’s it for now. It’s starting to get dark and I have to turn out all my lights in the front of the house. No, I’m not handing out goodies to all the kiddies this year. What with there being nothing but safety razors being made these days, it’s harder to find those single blades that you can easily slide into apples. Oh, hush with your sensibilities. It’s called satire. 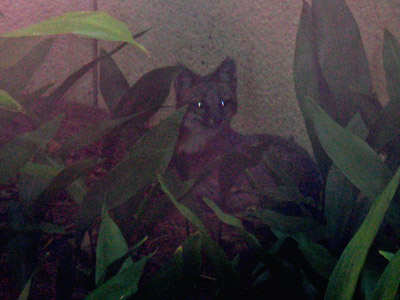 2 Responses to Hydrophobia can be your friend